All Aboard the Polar Express! 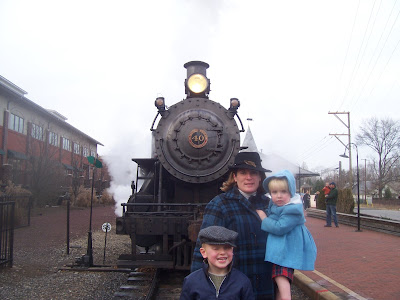 Last Saturday my mother treated Jayson, Kate and I to a trip aboard the New Hope & Ivyland Railroad's "Polar Express" train. We rode aboard a coal-fired locomotive built by the Baldwin Locomotive Works of Philadelphia in December, 1925 and several 1920's vintage passenger cars. The route the tracks took between two Bucks County villages was historic as well, being used as the setting for the 1914 movie serial "Perils of Pauline".
The excursion is geared to families, obviously, so the train was packed with kids in their pajamas (like in the movie) but we chose to dress in vintage to suit both the time period of the train and the setting of the movie. 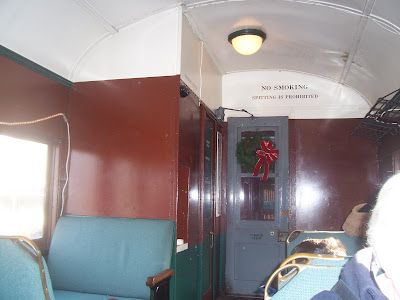 The interior of the train is as it would have appeared in the 20s and 30s.
Note the sign: "No smoking. Spitting is prohibited." 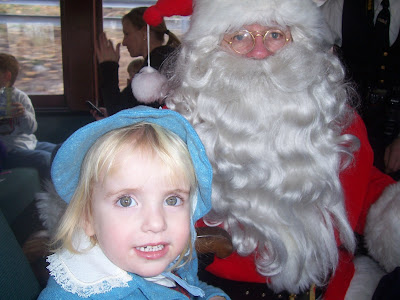 Santa greeted the kids on board! 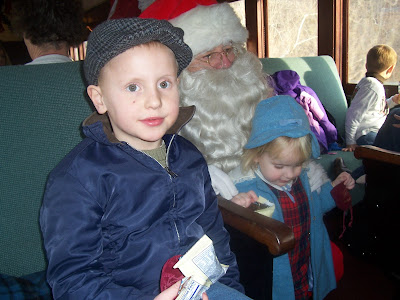 The kids with Grandma- thanks, Mom, we had a great time!
The purple items are their tickets- if you've ever seen the movie, you understand why they look like they're holding on to them for dear life! 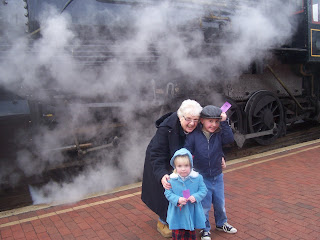 This is the money shot- about once in a thousand pictures do I get one like this! 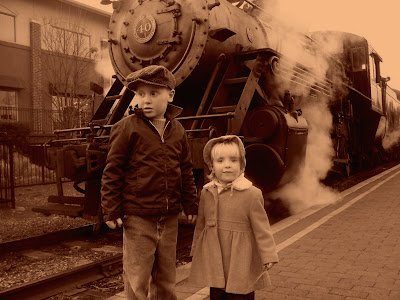